The city defined five locations whose urban planning was divided between four architectural studios. Our task was to produce a socio-anthropological analysis of the environment of individual locations, plus the attitude to the city as a whole from the perspective of the inhabitants. On the basis of discussions with architects and the city council, we compiled a range of topics to interview the locals about, supplemented by mental maps.
In addition to interviewing the users of specific locations, we also conducted interviews with opinion leaders and representatives of the most important organisations and institutions.

We conducted our research throughout the whole day both on weekdays and at weekends. Thanks to this approach we were able to capture the rhythm of the place and talk with a wide range of locals. In the field we also noted unofficial routes, short-cuts or favourite road crossing points used by the locals.

The result of our research was comprehensive overview of the city through the eyes its inhabitants (favourite and problematic places, strengths and weaknesses, routes, hubs, districts, borders, visions and ideas for the future of the city). We made a separate portfolio for each location in which we focus in detail on topics relevant for a specific space. 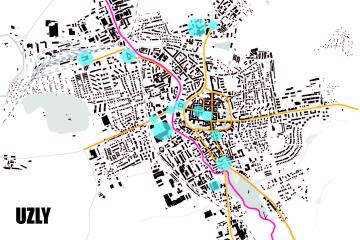 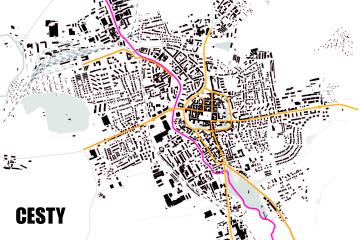 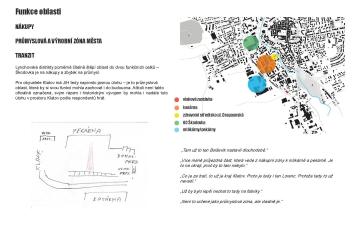